Home > About > Meet Our Founder 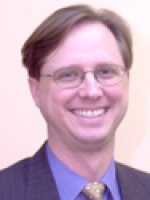 Chancery Financial Advisors was established in Louisville, Kentucky in 2002. Prior to this, Chris cut his teeth in investment banking and strategic investment in Asia, primarily in Hong Kong and China, where he spent over eight years.

Professional Background
Chris worked as an equity analyst with Peregrine Brokerage Ltd. in Hong Kong covering the Chinese stock markets from 1994 through 1996. He held the same role with Nikko Research Center from 1996 through 1998, and was based in Shanghai from 1997-1998. During this time Chris traveled throughout China visiting companies and developing relationships that he maintains to this day, and made use of his Mandarin Chinese ability on a daily basis.

Chris left the banking world for the corporate world, working in Strategic Investments for Distacom Communications Ltd. in Hong Kong from 1998 through 2000. This was an Asian regional role and Chris worked with company directors in the management of its US$1bn wireless investment portfolio, including investments in Japan, Hong Kong, India, Malaysia, and Thailand.

Academic Background
Chris graduated from St. Xavier High School in 1985 and attended Indiana University, Bloomington. He graduated from IU in 1989 with a BA in History and a Certificate of Public Affairs from the School of Public and Environmental Affairs. His Asian history studies at IU led him to study Chinese culture and language in Beijing for an academic year after graduating from IU. Chris received a degree in Mandarin Chinese from the Beijing Foreign Language Normal College in 1990.

After returning to the U.S., Chris completed his Master of International Management (MIM) with a concentration in finance at the Thunderbird School of Global Management in 1993.

Personal
Chris is married to Ampy Lee Cogswell, and they have two adopted sons.  In 2020 the family established Hickory Mission Ranch on 10.5 acres; free time is spent figuring out which animals to add next.  They are parishioners of St. Martin of Tours Catholic church in Louisville, Kentucky.

Check the background of this investment professional on FINRA BrokerCheck

A better tomorrow for you and those you care about.